After placing 3rd for my previous story, ‘This Little Piggy Bid at Home‘ in my writing group for the NYC Midnight Flash Fiction Challenge 2018, I was set a new challenge in September. For those unfamiliar with the NYC Midnight challenges, entrants are give 48 hours to write 1,00 words on a given genre, setting and artefact. This time I was allocated:

I found out today that my September entry, ‘Will, of the People’ placed 3rd. What does this mean? Well, the competition starts off with two rounds. Entrants are placed into groups of 30 (each allocated their own genre, setting and artefact). Entries are judged and the winning entry allocated 15 points, 2nd place 14 points, 3rd place 13 points, etc. At the end of two rounds, the points are added up and the top 5 scorers move through the next round. If points are tied, then the scorer with a higher score on either entry is bumped up.

OK, OK, so what does this mean? 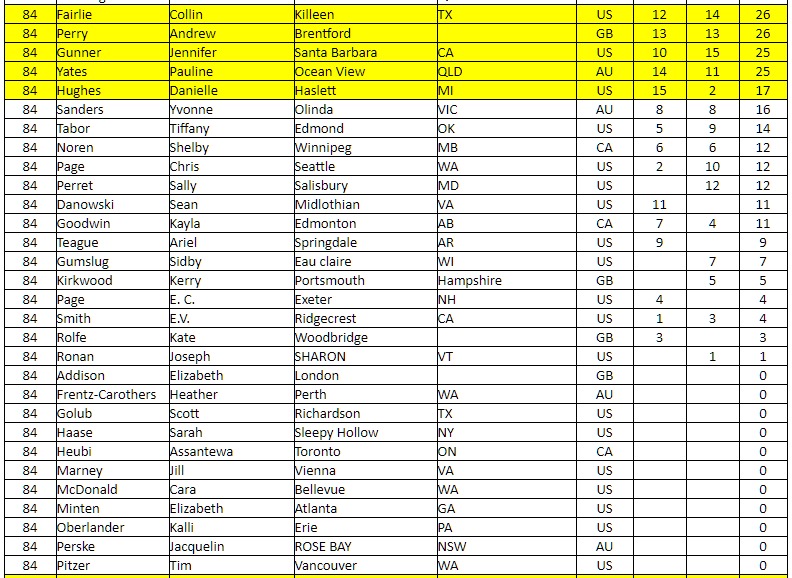 Results are available at: http://www.nycmidnight.com/Competitions/FFC/1stRound2018_Ch2results.htm

It means I placed joint-top in my group, only knocked into second place because the winner scored 14 in the second round. Still I’m quite pleased with that. My next challenge starts this weekend (10th Nov), so I’ll be getting my writing crayons ready.

For now, I hope you enjoy ‘Will, of the People’ (*Warning* – there’s a little bit of swearing (sorry, mum) and, oddly enough for a political satire, some political views – I won’t say whether they’re entirely my own or not.)

Synopsis: Fresh from a successful Brexit referendum, Boris and his puppet, Will, celebrate with a trip to Boris’ favourite nail salon to rubber stamp their patriotism. The salon’s owner, Jones, is sceptical about the result, but who can argue with Will of the People?

Will, of the People

‘Actually, Jones, I’ll have Union Jacks today. One painted on every nail; every finger, every toe.’

‘Ahh, celebrating the UK leaving the European Union, I see. You must be very proud?’

‘I am, Jones, I am. This is a wonderful opportunity to take back our sovereignty, and stop those Eurocrats meddling in our affairs. No more laws about straight bananas, or the size of our barmaids’ busts; now our bananas can be as bendy, and our busts as bouncy as we jolly well please. My friend, Will, here has spoken.’

‘Your friend? Isn’t that just a puppet on your head?’

‘How rude of me. Will, this is Jones. Jones, meet Will, Will of the People.’

‘Will of the People. Will here represents the 52% majority of our United Kingdom that voted to stop the unelected quangos of Europe forcing privileges, like the right to a fair trial, upon us.’

‘52% doesn’t seem like a majority. And “The People” have been wrong before. How else would James Blunt achieve a number one single, or Nazism rule Germany for years? And why is Will attached to your head?’

‘Well, any self-respecting politician should carry the Will of the People upon their shoulders.’

‘I see. And, it’s not because any shit Will spouts will come straight out your mouth?’

‘I like the cut of your jib, Jones. But mark my words, Brexit will be our Hindenburg, our Tiananmen square; it’ll be a success of Titanic proportions.’

‘I’m not sure you can consider those successes…’

‘Nonsense, most people got off the boat, didn’t they? Anyway, Will said he’s fed up of immigrants coming to our country, taking our jobs and not even working.’

‘How can someone not work, yet still take our jobs?’

‘You see, Will’s had enough of European free movement; he wants to put a stop to immigration from countries like Pakistan and Africa; it’s time to take back our borders.’

‘But Pakistan isn’t in Europe, and Africa’s its own continent, so how will Brexit help? And won’t restricting free movement in Europe mean expensive visas for Brits travelling to France and Spain?’

‘Don’t be ridiculous, Jones. We’ll only restrict free movement for people coming into the UK, not us Brits leaving.’

‘I’m not sure Will will get his cake and eat it, Boris.’

‘Nonsense, I’m here to make sure Will has his cake baked, sliced and spoon fed to him. Will you join me in a rendition of Land of Hope and Glory?’

‘I think I’ll just get on with these Union Jacks.’

‘Actually, could you put the Stars and Stripes on my left pinkie. A little homage to my good friend, Mr Trump.’

‘Of course, Jones. You must have seen the pictures of Donald and my buddy, Nigel Farage, in Trump Towers? Nothing says “Screw the establishment” like two rich, middle-aged, white guys in a golden elevator. It gives the common man something to gun for.’

‘I’d be careful with your choice of metaphor there, Boris.’

‘It’s not just Trump. The great leaders of the world support a Britain that will stand on its own. Putin said he’d stop at nothing to see Britain leave the EU. I mean, why would Russia be interested in a Europe that’s fractured and fighting amongst itself? There’s even a rumour Kim Jong Ung registered a Brexit postal vote via his great uncle who once holidayed in Cornwall.’

‘They’re lovely people, I’m sure, Boris. But what about the eminent economists and scientists; the experts.’

‘I think people in this country have had quite enough of experts, Jones. Who knows how to run this country better than the common man?’

‘Clearly not the people running it. And isn’t it fair to say the “common man” wasn’t correctly informed about the impact of Brexit?’

‘Wasn’t the “Let’s give £350m to our health service” bus slogan confirmed as a lie only hours after the referendum result was announced?’

‘So, you fancy yourself as one of those historical revisionists, Jones? Soon, we’ll be back to the good old days of the British Empire.’

‘Is this the empire that killed and displaced millions of indigenous people, and created wars and famine that still exist in the world today?’

‘You can’t make an omelette without breaking a few glass houses, Jones. I see you’re offering new treatments. Do you do colonics? I’ve always fancied all the crap being hoovered out of me.’

‘But what would be left? Anyway, now’s the time to make an appointment. Next week, we’re raising our prices by 300%.’

‘Why, that’s extortionate! Will won’t be happy about that.’

‘Well, all our foreign staff who work for minimum wage are feeling ostracised; they plan to leave the country next week. And your average British worker won’t work for less than the average salary, so for us to afford that, we have to raise our prices.’

‘But if that keeps up, it’ll mean the average wage won’t be enough; inflation will increase, people will stop spending, stores will close, markets will fall, and there will be a recession.’

‘Hey, that’s the Will of the People, right?’

‘I see you’ve come around to Will’s and my way of thinking, Jones. After all, what has Europe ever done for us… Sorry, that’s my phone. One moment… Yes? I’ll be done in a minute; bring the Audi round, I fancy a bit of Vorsprung Durch Technik. And have my Italian suit dry cleaned, I want it ready for my holiday in Benidorm. Pick me up a bottle of that French wine while you’re at it, and don’t forget my blue passport. I think it’s time we left the Will of the People to their willful ignorance.