The Gifts of Christmas Past

At the end of 2018, I blogged that I’d made the finals of the NYC Flash Fiction Contest. My three previous entries took me from a group of 3,000+ writers to a finalist pool of 60. Unfortunately, I didn’t claim a top spot in the finals, but it was a great confidence building experience and I got some great feedback from my final story.

To recap, the competition assigns you a genre, setting and artefact. Because this was the finals, everyone was given an ‘Open’ genre, so we could write crime, romance, horror, etc. The setting was a mobile home, and the artefact was a wrapped gift – very seasonal. Well, what could be more seasonal that a Christmas Horror piece of flash fiction? Especially, a piece that was inspired by my holiday to the Outer Hebrides in August 2018.

Now the Flash Fiction contest is closed, a Short Story contest has opened. The format is the same, except writers are given more words and time. The results for the first round are received in April, when I’ll publish that story too. Now, let me introduce my finalist Flash Fiction entry, ‘The Gifts of Christmas Past’.

A tormented traveller arrives in his motorhome at Rubha Robhanais on the Isle of Lewis; the most north-westerly point in the UK. Can he survive another Christmas Eve on the run, or has he come as far as he can go?

The Gifts of Christmas Past

Fierce winds buffet the motorhome as I pull the handbrake tight. I follow the path toward the red-brick lighthouse of Rubha Robhanais. Its presence dominates the barren Hebridean landscape, offering refuge to weary travellers. Screaming gulls wheel between jagged cliffs and razor rocks, while the freezing North Atlantic sea booms and sprays below. Dusk approaches from the east, scoring a cleft of crimson along the steely grey horizon.

There’s no one here. I’ve come as far as I can go.

I return to my mobile home and kickstart the immersion heater to warm a bowl of tomato soup. Christmas Eve. The sixth on the run.

She won’t find me here. Not here.

A scraping hum from the chest freezer beckons me to sleep. I resist, but a darkness descends upon my mind.

I wake in pitch black. Midnight. Rain, like gravel, rattles the windows. Howling winds carry hints of children’s laughter. I brace myself for the knock.

I don’t want to answer, but the knocking won’t stop, the laughter won’t die until I do.

I turn the handle and the door slams open. I peer into the dark. No one. Nothing but the waves crashing against the cliffs, and at my feet, a ribbon-wrapped gift box.

She found me. She always finds me.

Inside, I strike a match. Sallow candlelight dances across ruby wrapping paper. I watch shapes and figures form, delaying the inevitable. This will be the last time. The clawing and scratching from the freezer intensify. I tear the parcel open and stare into her eyes.

I cradle her head in the crook of my arm and lift the freezer door. Pallid light illuminates her arranged limbs and torso. Together they wait; waiting to be reunited with the head that weighs heavy in my hands. I rest it upon the frozen shoulders. She is whole once more.

She looks as beautiful as she did that Christmas Eve night. The night the laughter died.

‘I was angry. You made me angry. Carrying on like that with my friends.’

‘It was Christmas Eve. We were just laughing.’

‘You were embarrassing yourself.’

‘You were always jealous when you were drunk. I only tried to calm you down.’

‘You were shouting at me; screaming I’d wake the girls.’

‘I told you to stop. I said you were hurting me.’

‘You pushed me too far. You always did.’

‘It never was your fault, was it?’

My palms sweat. I feel her neck between them. I feel my fingers squeezing; feel the power surging as she succumbs to my strength.

‘It wasn’t too late. You could have called for help. It didn’t have to be this way.’

I’m retching as I hack her body into pieces. Scarlet blood drains down the plug.

There is no moon. My hands are numb. I dig six graves in the wood. Damp earth fills my nostrils as I shovel rotting leaves and bark over each body part. They won’t find her here. Not here.

‘But the girls, Matthew. They were so excited for Christmas Day.’

‘I didn’t want them to feel any pain.’

I lift the pillows from their faces. They look like they’re sleeping. Their cherry lips curled into contorted smiles. I let them rest in peace, collect my keys and drive into the night.

‘You wanted to be found.’

For six years, I’ve lived as a hermit in this motorhome. Seeking out the remotest locations. Waiting for the trail to go cold.
The first year, I thought it was a joke. The gift-wrapped parcel following the midnight knock on my door. I buried the dismembered leg, but each night it reappeared; lovingly wrapped, waiting to be opened. I had no choice but to place it in the freezer. Every Christmas Eve; another knock, another parcel, another part of my Abby.

The wind hammers the side of the motorhome, bringing the girls’ laughter with it.

It’s been six years. Our family is whole once more. A final Christmas together.

‘Will you come with me?’

My hands are numb, but the gentle touch of the girls’ fingertips lead me onward. The old lighthouse stands silhouetted against a clouded moon. My eyes and nose sting from the salty spray.

Abby’s fingers feel like rope around my neck; squeezing the life from my body. I resist, but the girls’ laughter carries me on the wind; carries me towards the edge of darkness.

I reach out to them, but there’s no one here. I’ve come as far as I can go. 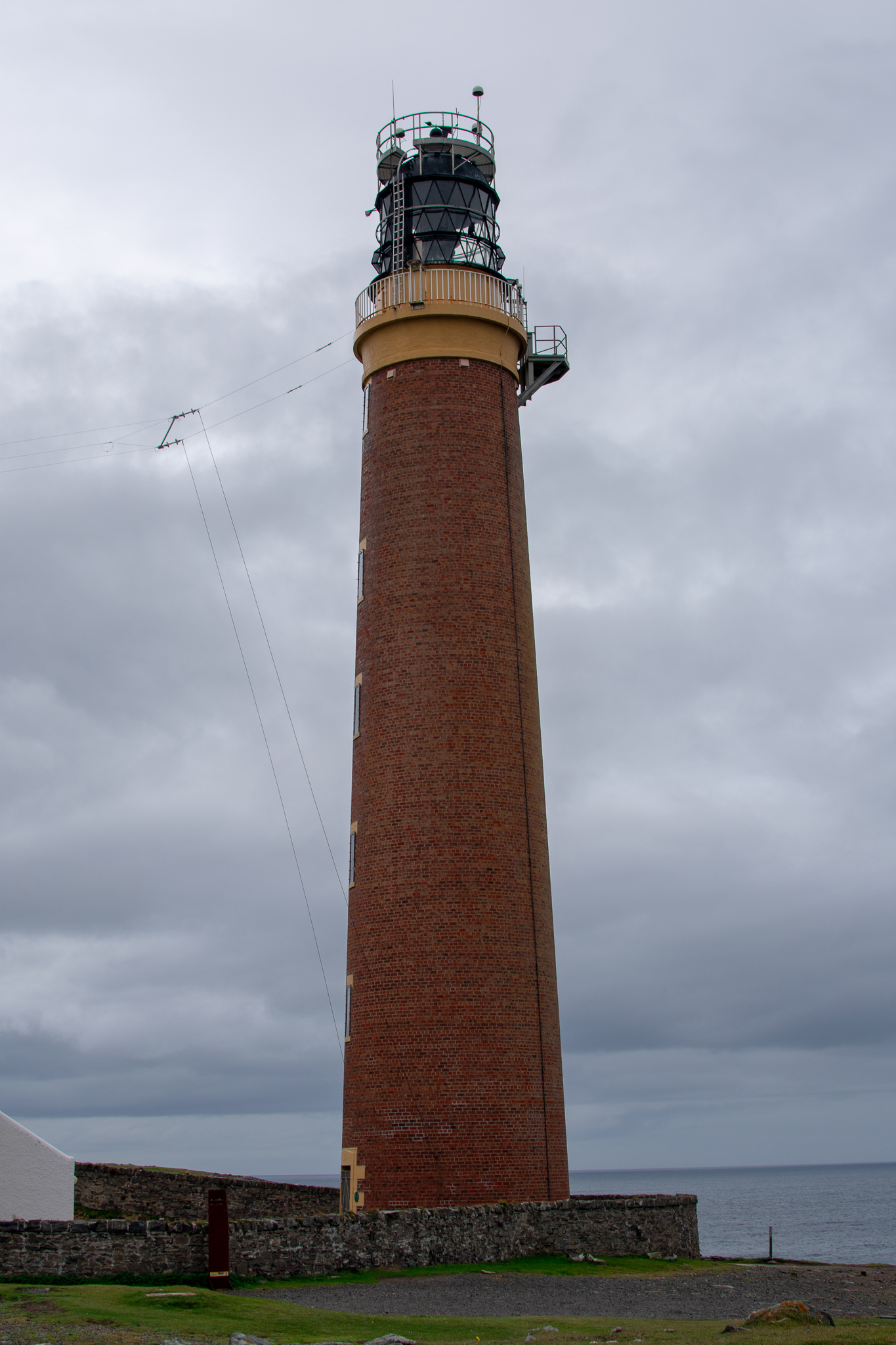